My friends often ask me for my professional opinions. And last time, the most popular question is “why do you recommend GridinSoft Anti-Malware as a perfect security tool? Why not ESET, Kaspersky, or AVG?” Let me answer your questions in reversed order.

All well-known antivirus programs, like mentioned above AVG or ESET, are something like a building with tens of rooms. Every such room has its function. However, navigating these rooms is hard to find one specific function among hundreds of others. Gridinsoft Anti-Malware is more like a swiss multi tool, which contains only the most important things and is very easy to use.

I am the antimalware expert, not a PR-agent of top-tier antimalware vendors. My task is to help people deal with malware on their computers and protect their PCs in the future. Doubtlessly, all top-ranked antivirus
tools will deal with these tasks, too. But they have several important features, making these virus removers usage much harder.

Because of the overall complexity of such antivirus programs as Norton Antivirus or Avast Security, they may significantly underperform on weak systems. As an alternative, they can consume a huge amount of your PC’s hardware capabilities, so your PC performance will be worse.

For some users, top-tier antivirus software may be hard to use because of complicated interfaces. Of course, you are not obligated to be a computer genius to use it, but I know enough people, who had troubles with Kaspersky, for example, to state that their interfaces are not comfortable. Let me show you the key advantages of GridinSoft Anti-Malware on a practical basis.

GridinSoft Anti-Malware interface, in my opinion, is the best example of balance between simplicity and informativity. All main functions of this antivirus tool are located under the first and second buttons (called “Scan” and “Protect”). You don’t need to make spare clicks to find the function you need – all of them could be found exactly after the launch. 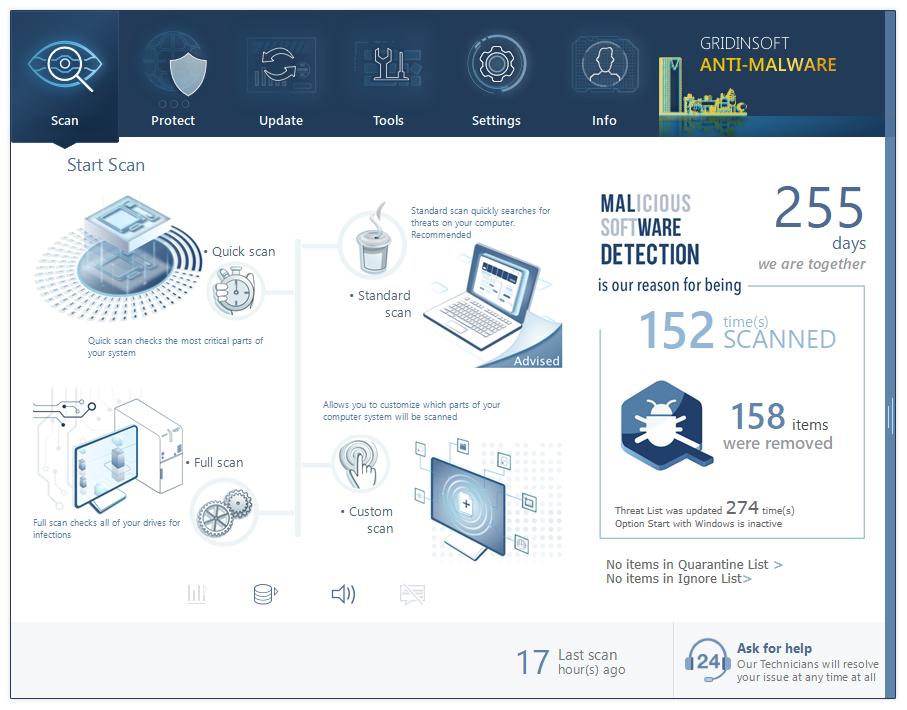 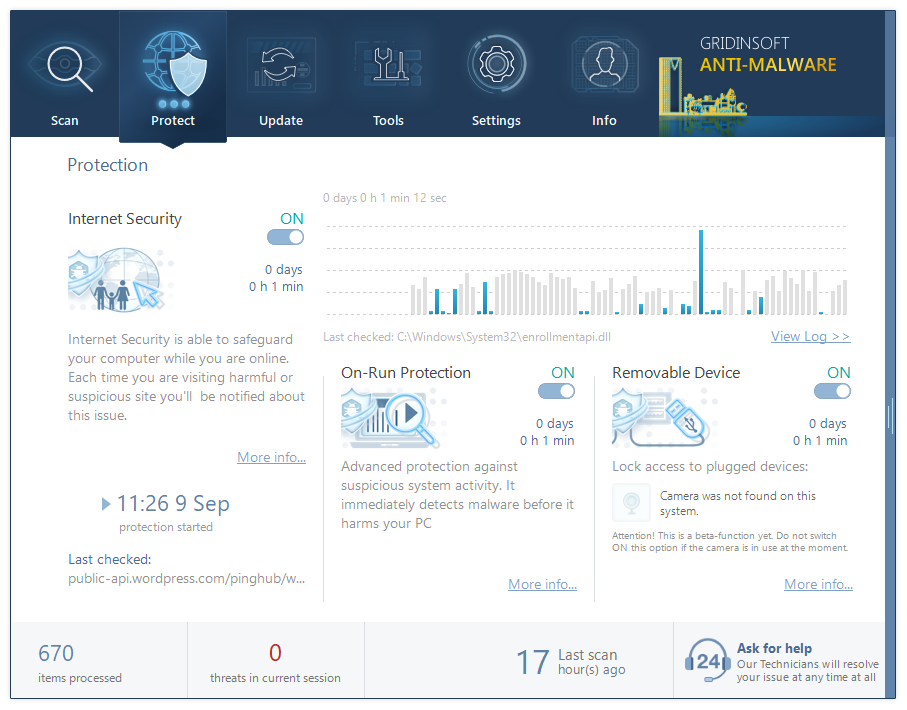 But, besides visual simplicity, GridinSoft Anti-Malware has a wide range of different settings. Such a list will be handy for advanced users who want to utilize their virus remover by 100%. This security tool allows you to set up the update and scan schedules, change the heuristic rules usage, apply deep scans, create a restore point before every scan, and even terminate memory threats during the scanning process. 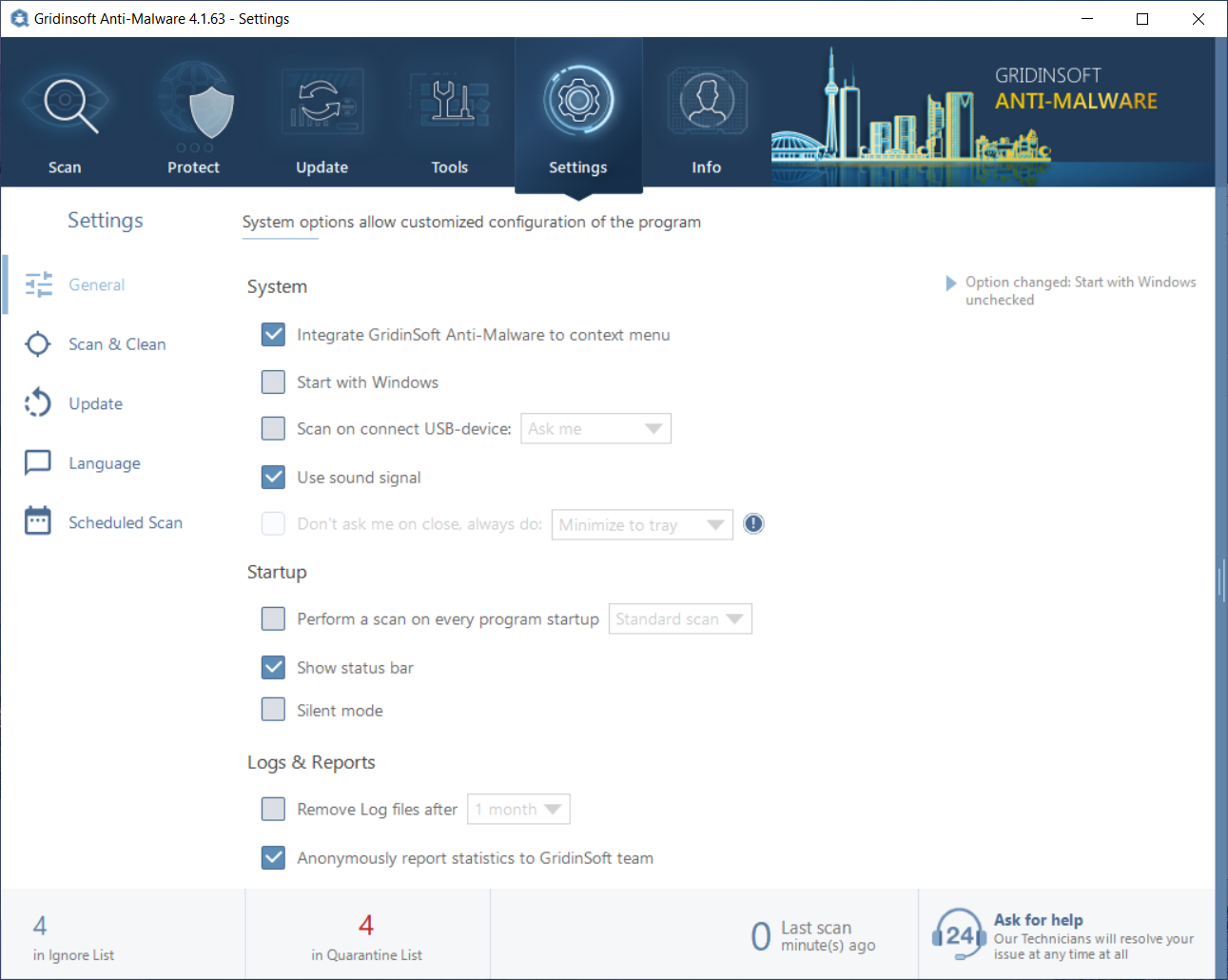 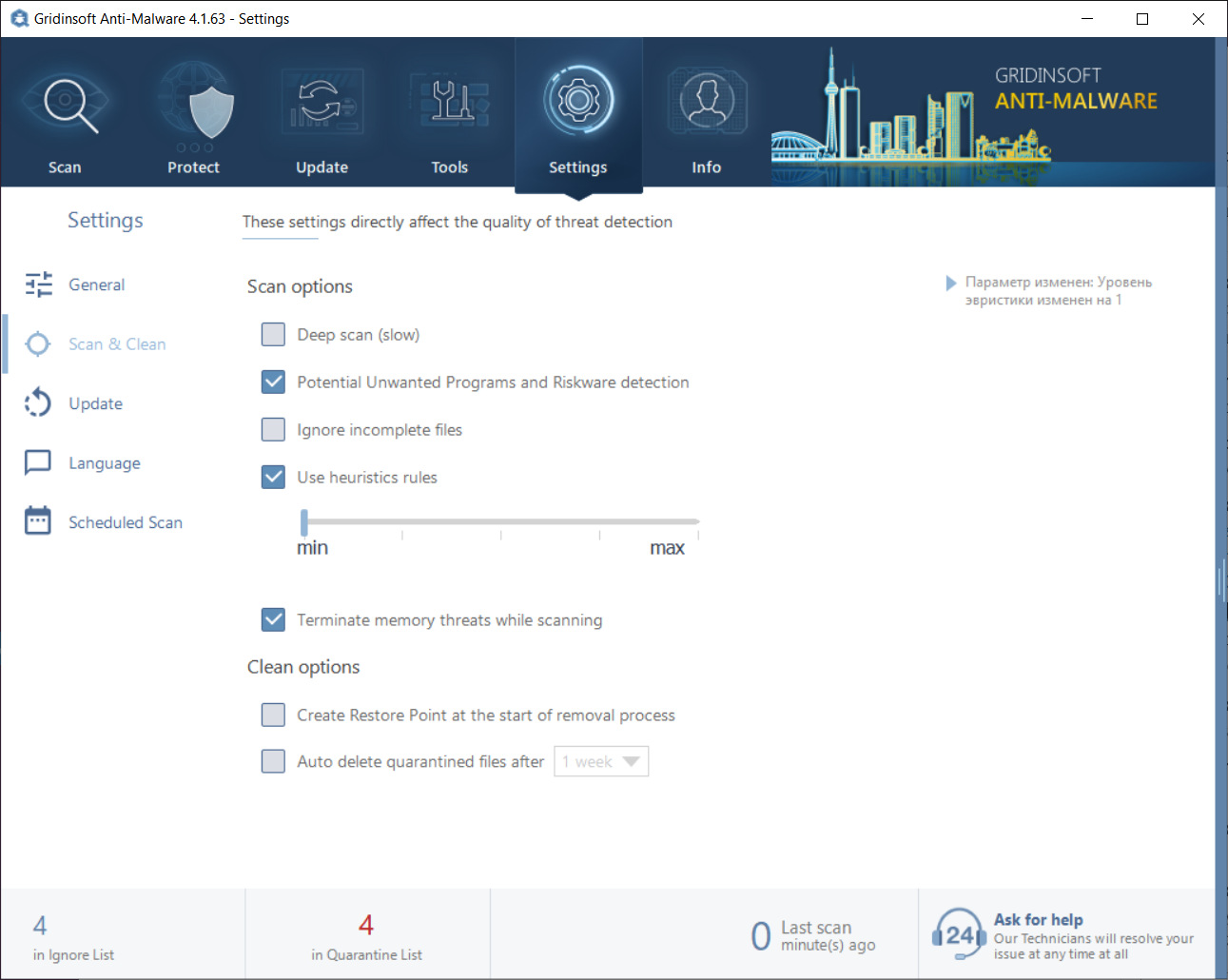 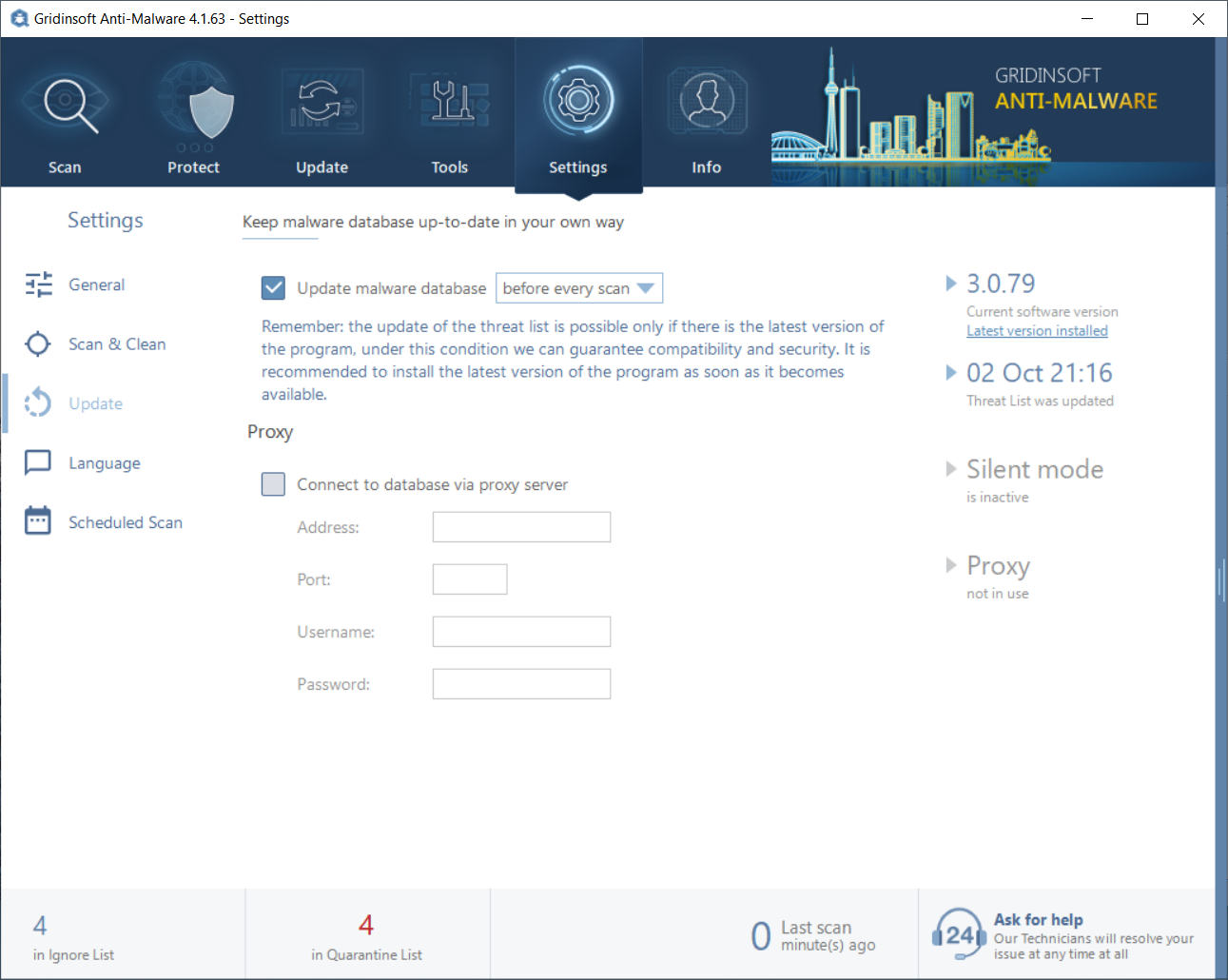 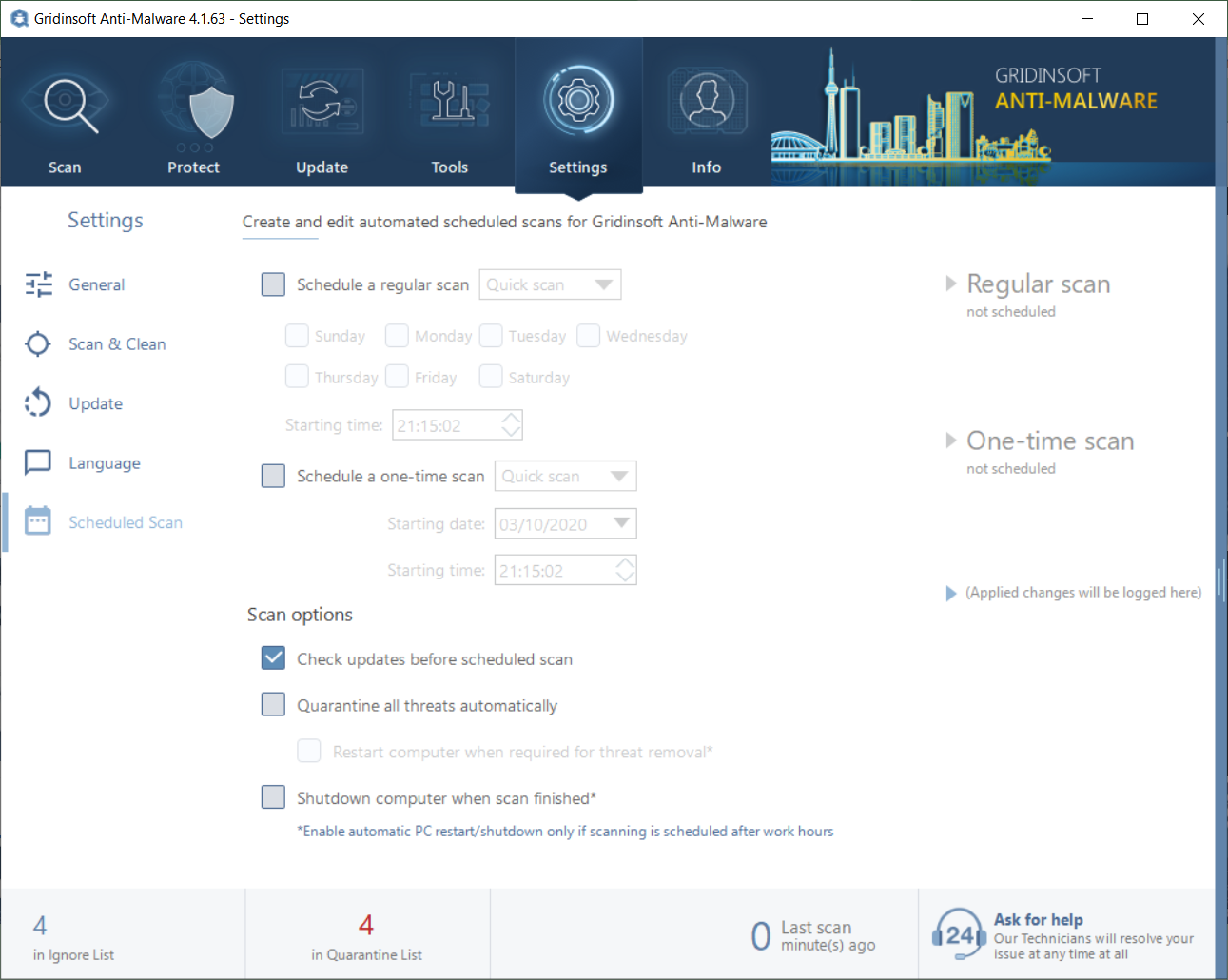 Performance impact of every program depends on the mass of files it uses during its execution, as well as on the number of operations executed in the background. GridinSoft Anti-Malware has no background processes by default. It can only launch with the operating system and perform the startup scan, but this function will be displayed in the active window. 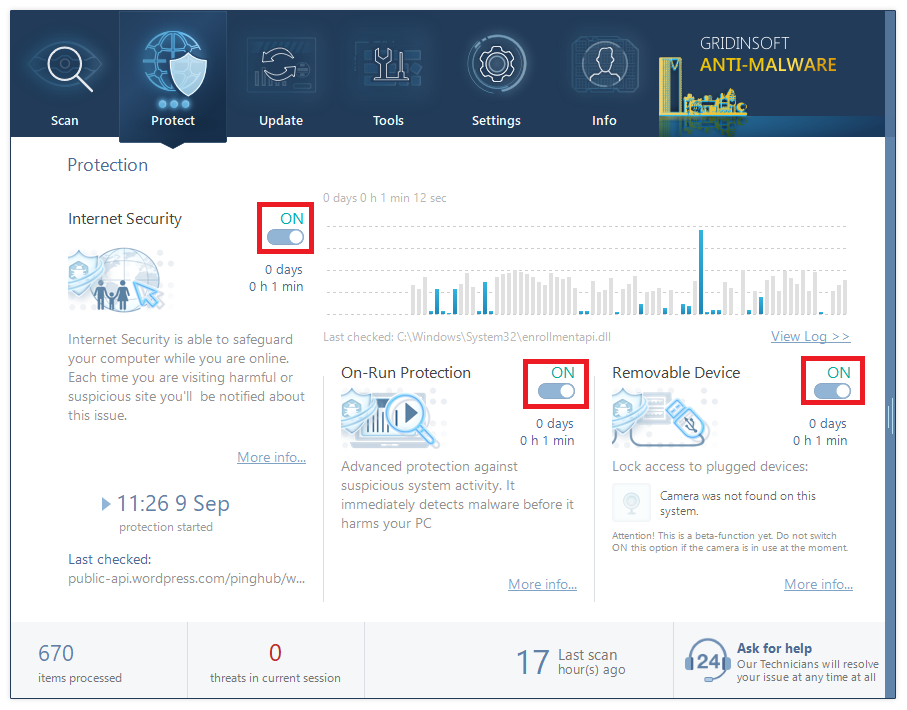 You can enable the On-Run Protection, Internet Security and Removable device checking, which will be operating in the background. And it causes no impact on the performance of my PC. However, my personal computer is powerful enough to deal with top-tier antivirus programs easily. To get the true picture, I tested GridinSoft Anti-Malware on my old laptop. It has a downclocked (like in all laptops) twin-core CPU, HDD, and only 4 GB RAM.

After launching all mentioned background services of the antivirus tool by GridinSoft, I’ve started to browse my system. The only impact I have seen was a very short, literally instant lag when I was trying to launch the program or open a big file. The main reason for such a result is a specific mechanism of real-time protection: it scans only the files you are trying to open/run. Norton Antivirus, for example, scans the whole folder you are trying to open, regardless of opening some files from this directory.

To prove that GridinSoft Anti-Malware is able to protect your PC from different malware, I decided to make a malware detection test. It consists in the scanning of the archive, which is full of different malware. In this case, there are 1392 malicious files inside. And the variety of types is really impressive: trojans, coin miners, adware, ransomware, backdoors, keyloggers, spyware, phishing apps, and several others.

For this experiment I have used the Custom scan option. This scan is fast because it scans only several directories, instead of the whole file system like Standard and Full scan does. In 20 seconds, I got a result. 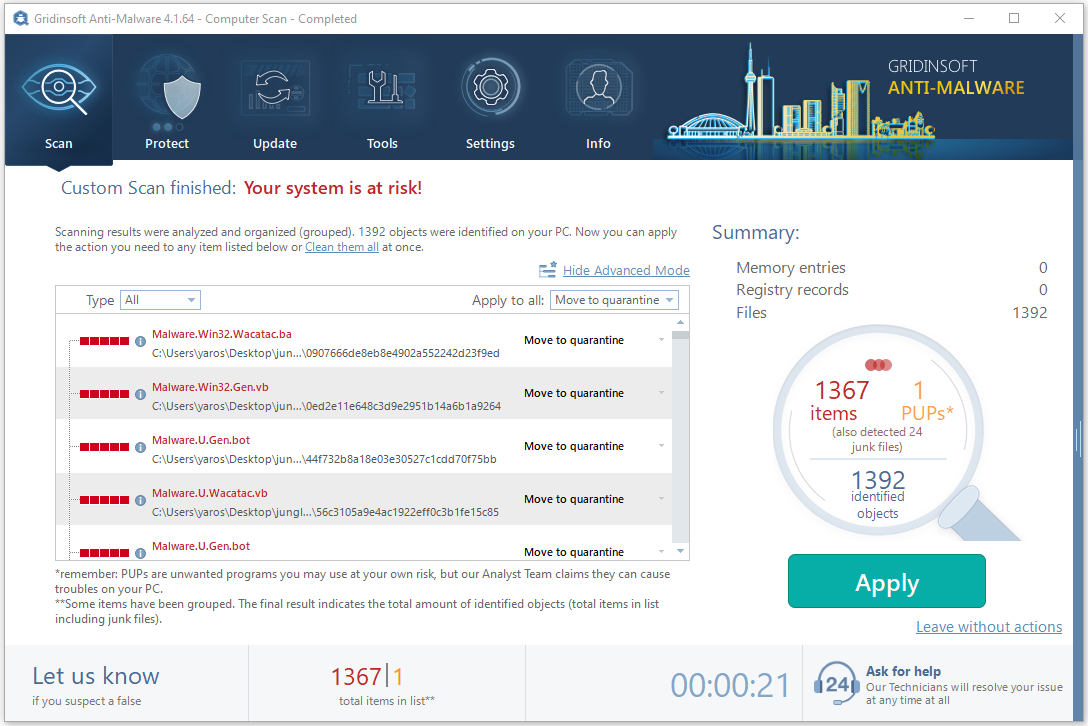 All malware has been successfully detected. I chose the “delete” option for all detected to delete these viruses. Removal process for all 1392 hazards was about 12 seconds. This result perfectly demonstrates the efficiency of GridinSoft Anti-Malware as a virus scanner and remover.

To be 100% objective, I decided to check the feedback of the users who installed the GridinSoft security tool after my advice. I was pleasantly surprised after seeing such good comments.

As you can see, the majority of users praise Gridinsoft Anti-Malware for the easy interface, price-quality correlation, low resource requirements and efficiency of Internet Security function.

Have you used GridinSoft Anti-Malware? Leave a comment below and tell us how your experience was.

GridinSoft Anti-malware is an example of a perfect antivirus solution, which can fit literally everyone. It has all essential functions, such as different scan types and proactive protection, and also a wide range of flexible settings. And when you are purchasing the GridinSoft product, you are not paying for the embedded VPN service, keychain, or disk encryption mechanism, which is integral for top-tier security tools but is usually not demanded by users. 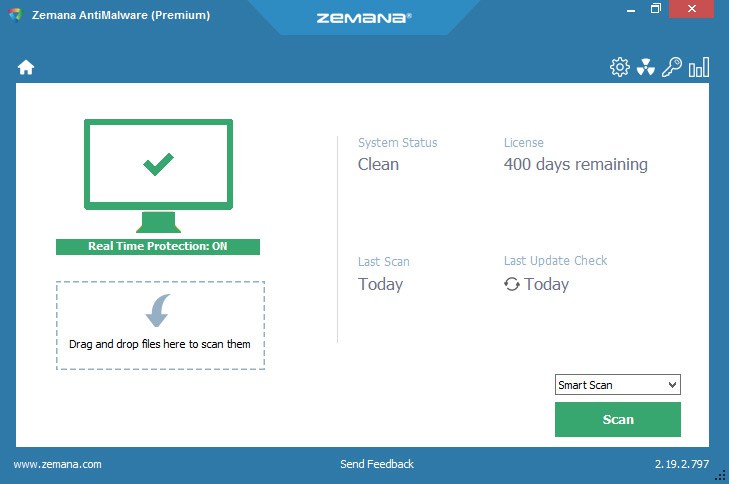 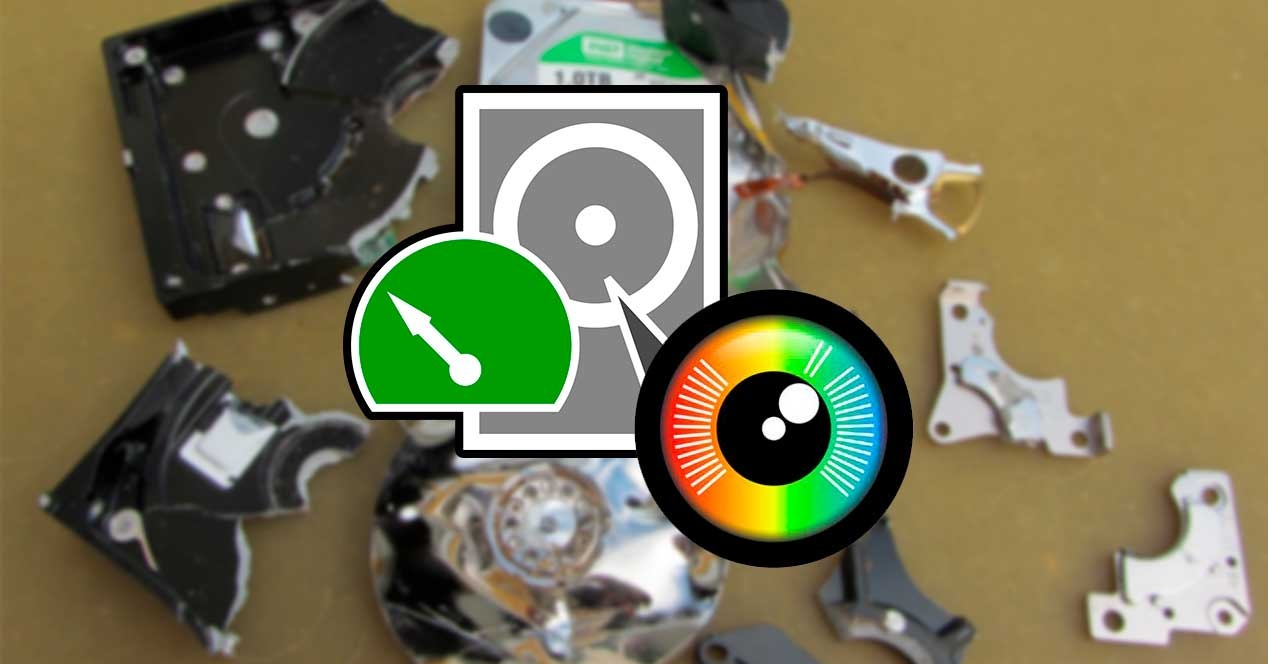 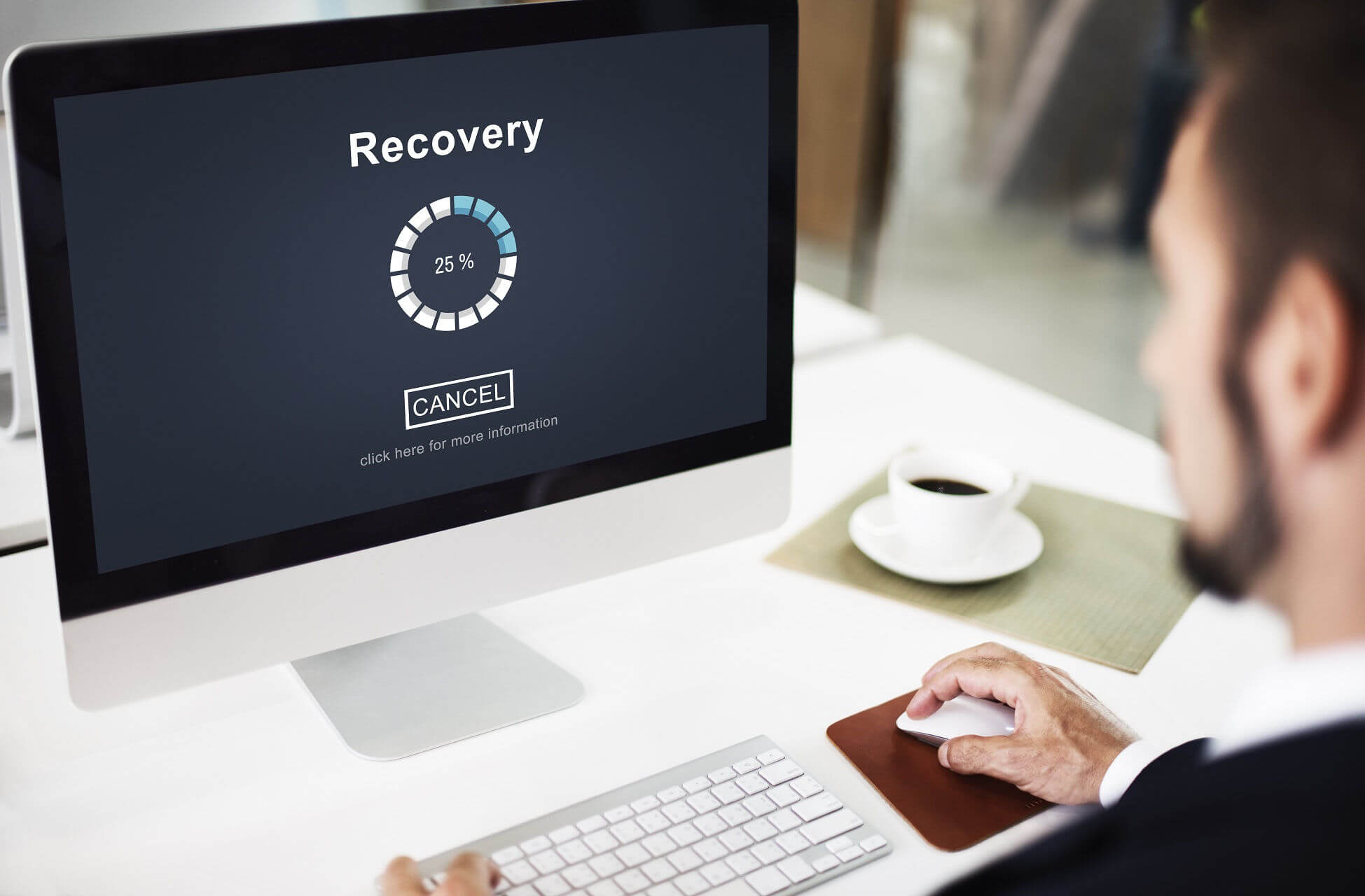