A File recovery is a very complicated procedure that can be needed in the most wrong moment. Unintentional file deletion, file system failures, malware attacks or even damaging the disk may lead you to the forums where suitable solutions are offered by dozens. But how to figure out, which file recovery tool is the best, and how to understand that the program can harm your PC? In this article, you will find the answers to these questions. We are going to deal with the evaluation of our 10 favorite tools that can be used for file recovery.

How you can lose your files?

There are a huge amount of cases when you can lose your data. But there is one type of danger that will definitely require file recovery tool usage. I am talking about ransomware. Its invasion is one of the most hazardous kinds of malware attack. While other malware can trigger system malfunctioning or data leaks, ransomware makes your personal computer difficult to use. There is no chance to utilize your computer in the standard way when you are not able to open any kind of data.

But some functions of the ransomware mechanism together with the key principles of file system interactions with physical disks deliver the opportunity to restore the encrypted files. Ransomware encryption procedure feature is the following: it encrypts every file byte-by-byte, after that saves a document copy, removing (and not overwriting!) the first document. Therefore, the info regarding positioning the file on the physical disk is lost, nonetheless, the initial document is not removed from the physical disk. The sector where this file was kept, can still hold this document, however, it is not specified by the file system and can be overwritten by the information that has been put on this drive after the removal. Hence, it is possible to revive your files by utilizing special applications.

Saying shortly about the file systems

Relying on the file system type, the recovery procedure may take from 10 mins up to several hours. All versions of FAT have no journaling, hence, neither user nor the apps are able to inspect the logs for any kind of details regarding the last deleted/edited documents, as well as regarding their area on the disk. So, the revival application is required to do a full disk scan. NTFS, which is standard for all modern Windows versions, has journaling, so the file recovery utility you utilize for documents remediation will just search the journal for the operations with the data you need, and then simply pick them up from the corresponding disk cluster, in case if this memory unit was not overwritten.

You can check the file system that is utilized for the disk, which will be involved in the recovery procedure. Open the list of your drives in the file system explorer, after that push the right mouse key on the drive you intend to recover and pick “Properties”. You will definitely see all properties of this disk, including the amount of free space and its file system. 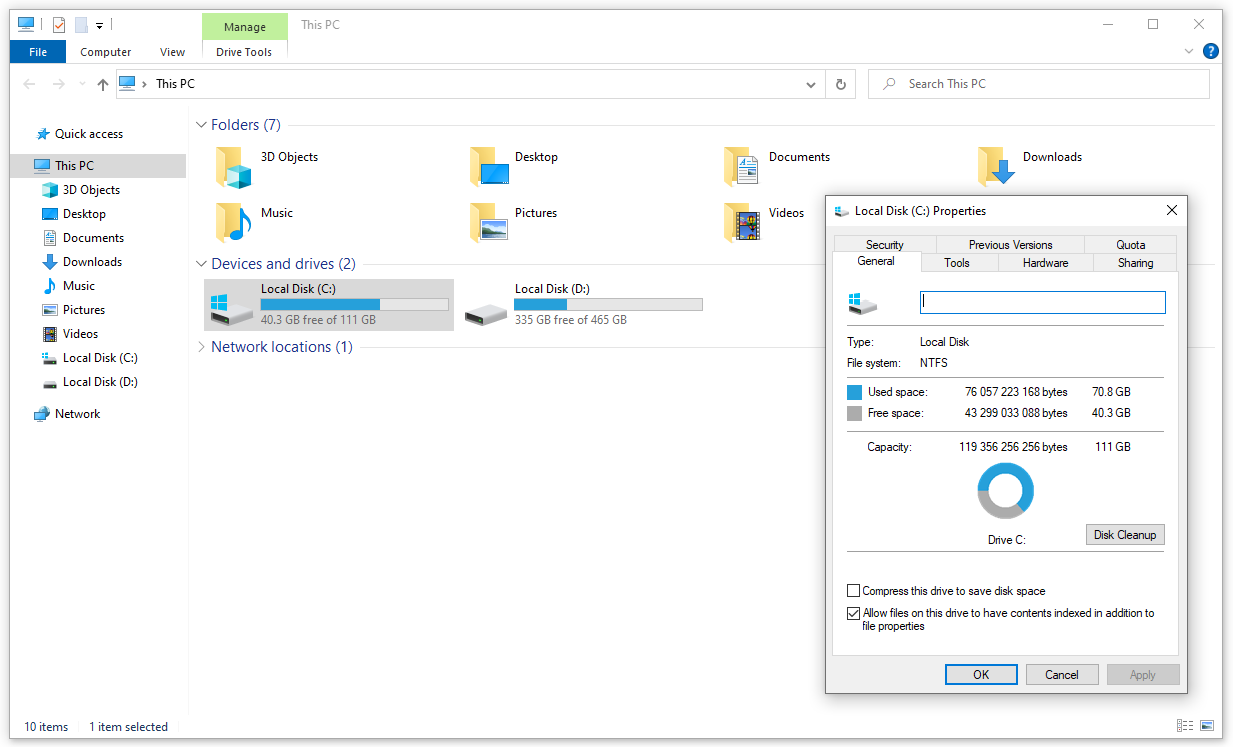 Do not try to restore information from the very likely broken drives. If you splashed water on it, it dropped hard, made odd sounds, or experienced a substantial power surge, it is dangerous to plug it in. If you have no specific tools for disk recovery, it is suggested to bring the disk to the service, where such devices are likely to present, as well as effective file revival applications. In the case of plugging such a disk, your info may be eliminated without any chances of recovery.

SSD and present-day OS. Modern OS, such as Windows 10, the last version of macOS, and also Linux after the particular configuration is capable of full removal of files from the solid-state drives. Besides removing the information concerning the eliminated document from the file system, it additionally sends the TRIM command to the disk, so the cell where the deleted file was kept will be cleaned up. This setting is established by default for Windows 10 and macOS, so, if you utilize these OS with SSD, have not changed any kind of system settings, and are attempting to revive your data, you may stop– unfortunately, it is not possible to do it.

Do not do the file revival procedure without backing up your system. There are a lot of revival utilities on the web that are distributed as really effective as well as helpful. And there are quite a huge number of such tools, nonetheless, pointless or possibly hazardous tools are a lot more widespread. They can damage your file system trying to execute the proclaimed purposes, and it is extremely tough to bring back the system without making use of backup.

Quite a popular program that can be met in computer repairing centers. The interface of this tool is a bit complicated, nevertheless, when you make use of it more often than 1 time per quarter, you will definitely adopt it. Supports all prominent operating systems (macOS, Linux, and also Windows), and such file systems as FAT, NTFS, HFS/HFS+, UFS, EXT and also APFS. The creator, R-tools, states that it is capable of file revival after the malware attack. 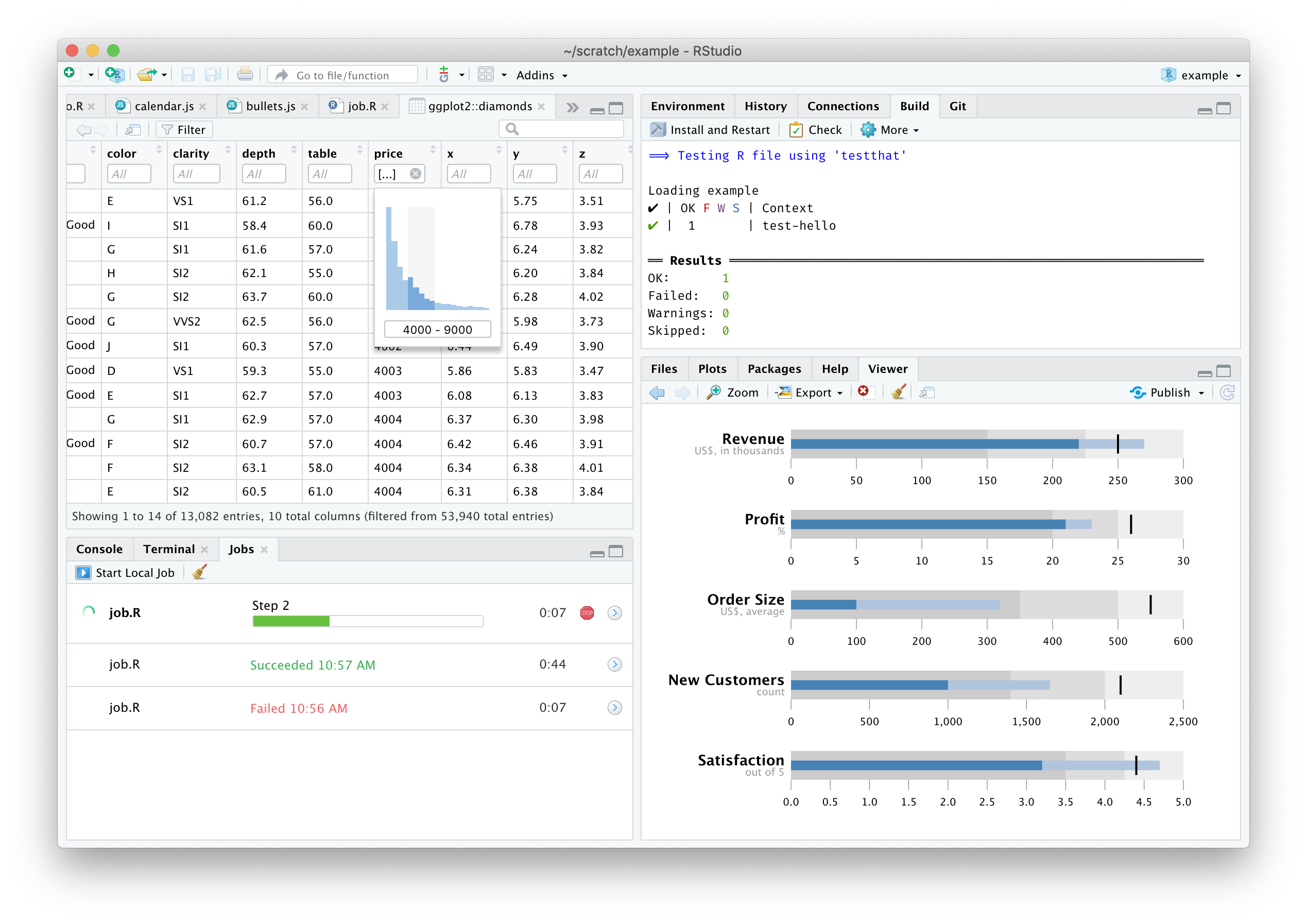 This tool is only for Windows, nonetheless, supports likewise HFS+, EXT, and APFS, so you can attempt to perform the file revival attaching the disks with these file systems to your computer on Windows. Naturally, Windows native FSs– FAT, exFAT, and NTFS– are also supported. 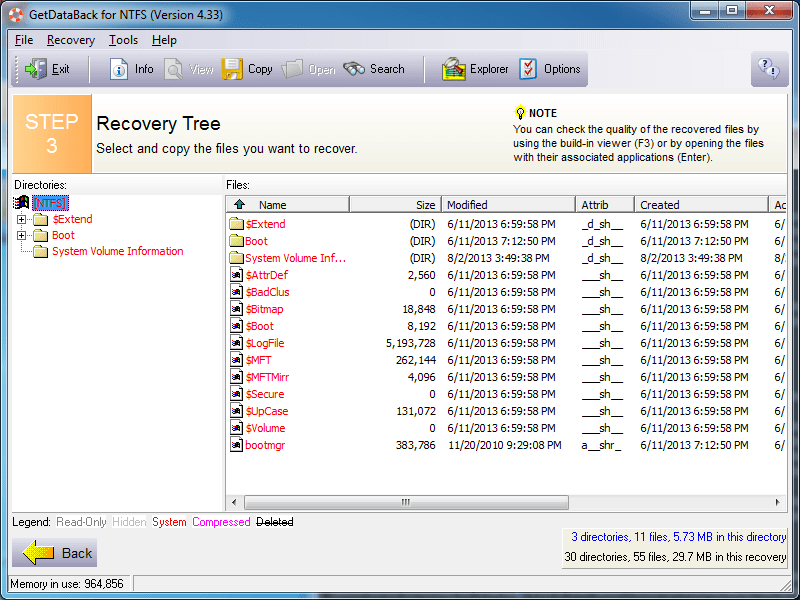 Fairly expensive utility, nonetheless, beloved by repairing centers, that can be run in macOS, Windows, and Linux, or even DOS. Can be used with HFS, HFS+, APFS, FAT, and also NTFS. The interface is a lot more challenging than in other file revival tools, that’s why I can recommend it only for skilled users. 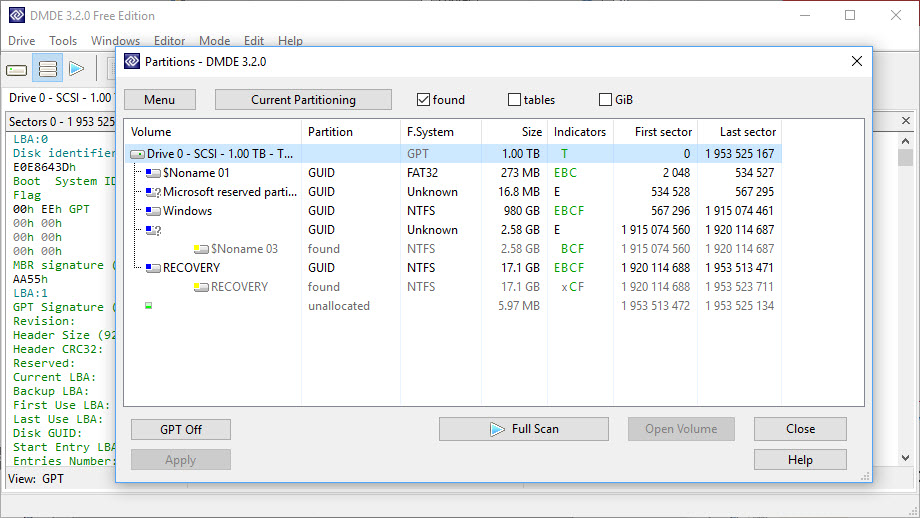 This tool supports likely the largest variety of different file systems: all possible Windows specifications (FAT, exFAT, NTFS, ReFS), the majority of Linux favored FSs (EXT2/3/4, XFS, BTRFS), and all modern-day file systems by Apple– APFS, HFS and also HFS+. The important attribute is that this app is capable of whole file system revival, besides photo or video restoring.

UFS Explorer is a really difficult file recovery tool that can do far much more than just removed video revival. Like ReclaiMe, it supports a massive quantity of file systems, with one exception– HFS is provided in access-only mode (you are not able to revive the removed files, only read the disk). It also can work with wrecked disks, as well as read RAID disks. It likewise has a cost-free setting, which has a bit of limited capability. But the quantity of even limited functions suffices for file recovery. 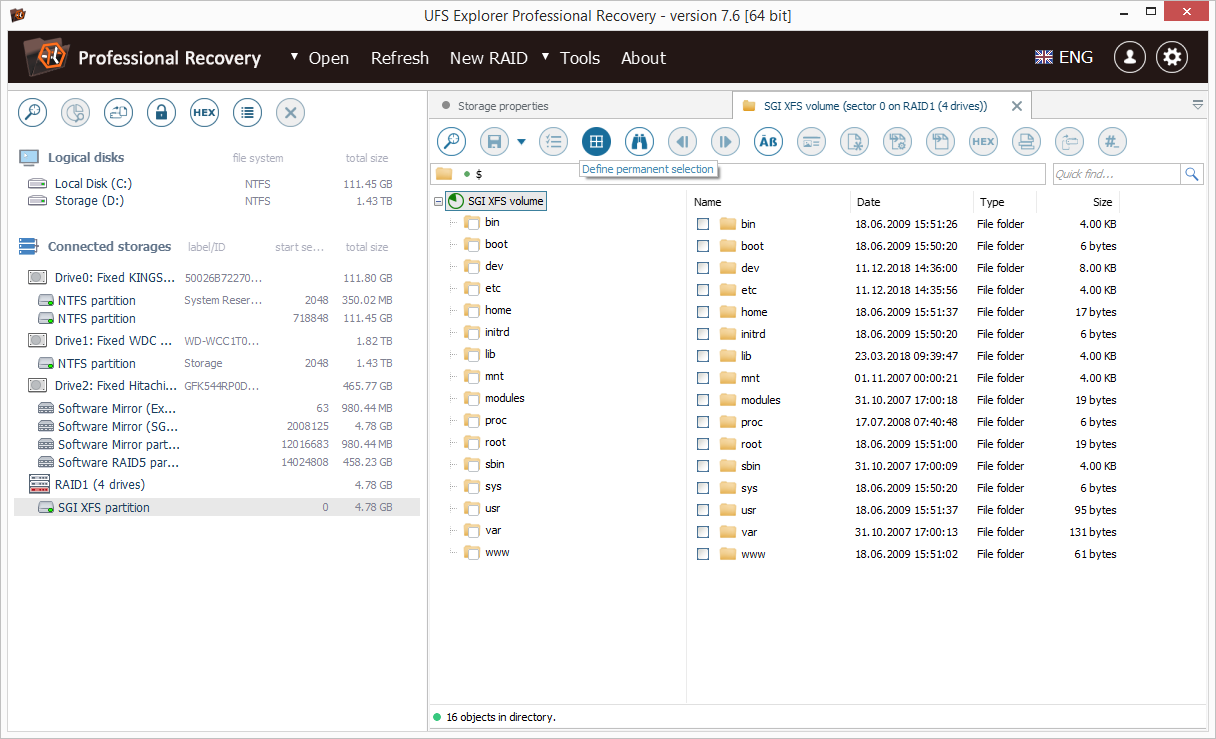 EaseUS was created as an Omni-purpose app. It can serve for disk recovery after the file system breakdown, and for file restoration after the unintentional deletion. It supports HFS/HFS+, NTFS/ReFS, FAT32, and even mobile types of file system– APFS and ext3– they are utilized in iOS and Android, correspondingly. There is a cost-free version and 2 sorts of paid licenses (for solitary devices and for unrestricted variety of ones), but actually paid versions can be tried out during the test period. Compatible with macOS and Windows. 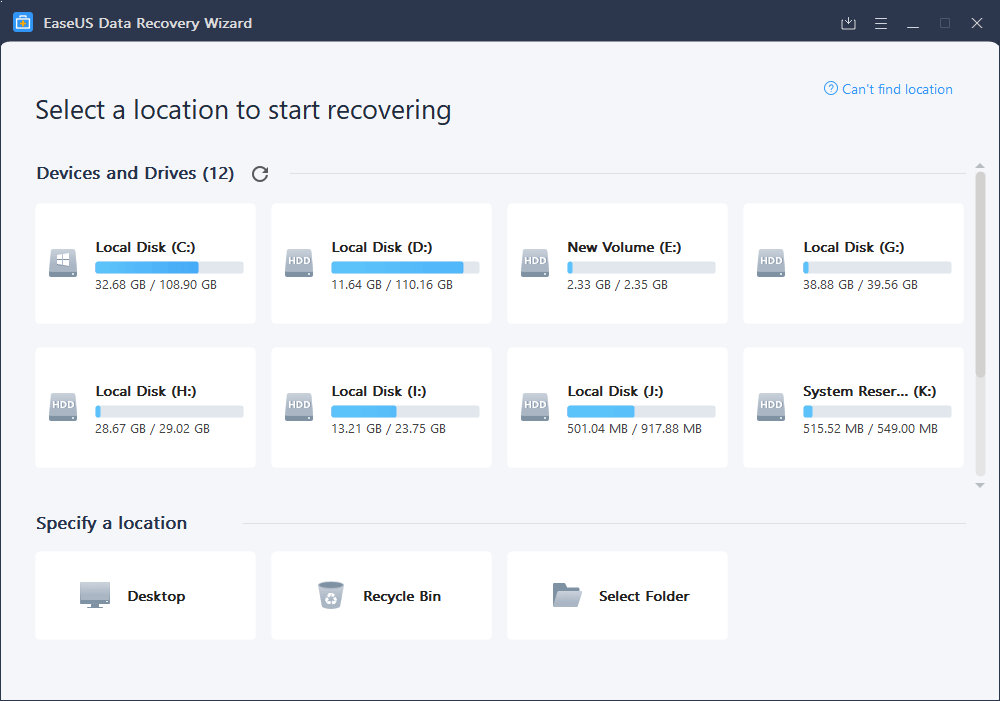 This program is fairly trendy amongst amateur users, nevertheless, it is far away from the professional tool, like UFS Explorer. Created by the crew of CCleaner, Recuva supports only Windows (up from XP), and compatible with an incredibly limited amount of file systems (primarily Windows-specific)– FAT32, exFAT, and also NTFS. Creators additionally state that this tool supports ext3 and also ext4, however, as practice shows, there are a lot of problems with these FS. Besides the shortage of features as well as file systems support, this tool has quite a straightforward user interface, so it is an excellent solution for easy procedures with disks or files. You can choose between a free and paid form of license, which has no crucial differences. 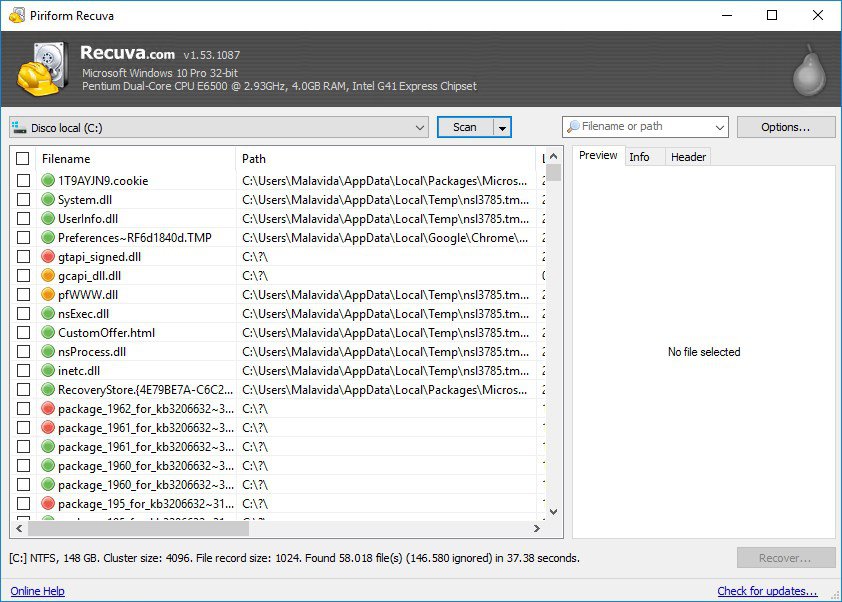 That app is produced specifically for removed files recovery, so it will definitely assist you with file revival after the ransomware attack. The developers of this tool state that it works “with almost all file systems”, however, there is no precise spec for the supported FS types. Like UFS Explorer, it has a cost-free mode. Its user interface is really easy, so File Scavenger is absolutely recommended for low-skilled computer users. 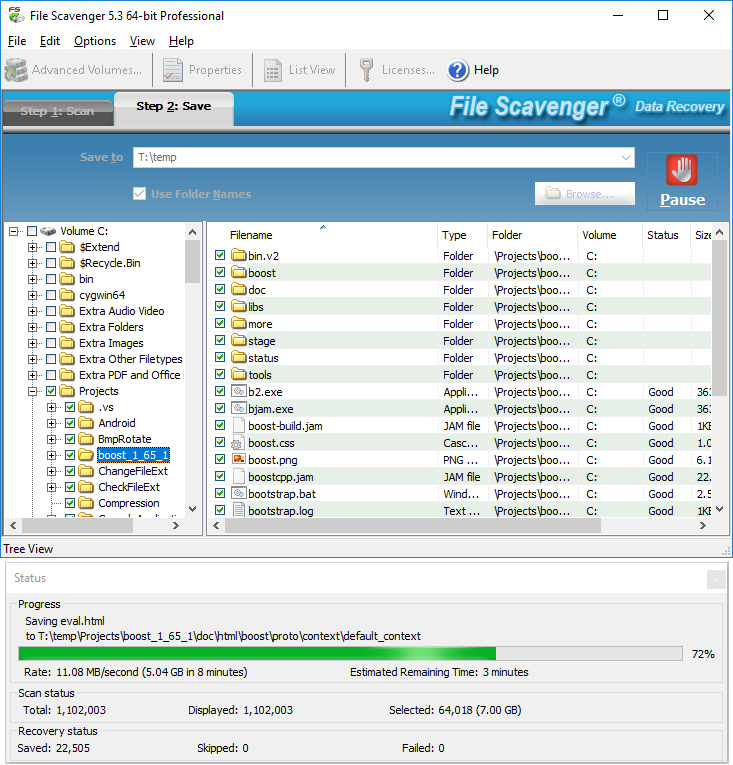 A simple solution by Microsoft offers you the console tool for file recovery. It is compatible only with Windows (all of sudden, isn’t it?), and can restore the files from NTFS, FAT, exFAT, and ReFS – Windows-specific file systems. The console interface is quite hard to use, and this app has several significant bugs, however, it is enough if you need to recover several files. Needless to say that it is 100% safe because this program was created for Windows by Microsoft. 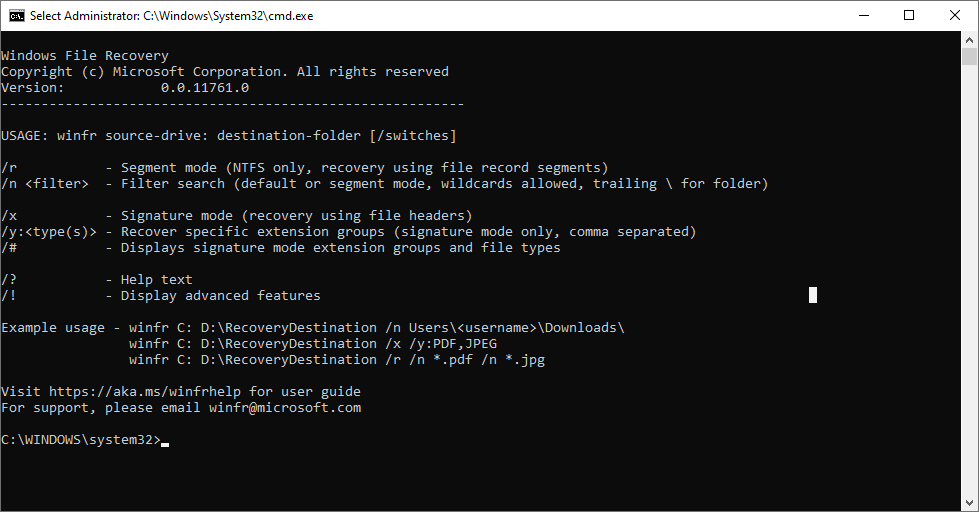 This app is quite effective and complex, so its packaging consists of two programs from a single developer. The initial app from this pack – TestDisk – serves as a disk recovery tool: it is able to recover your master boot record or the whole partition table in case of some problems with it. PhotoRec functions are complementary to TestDisks functionality. According to its developers, you can restore the files of 480 different formats. The amount of OS where PhotoRec can be used is even bigger than several paid solutions can offer. Linux, Free/Net/OpenBSD, DOS/Windows 9x, Windows XP and later, and even Sun Solaris. CGSecurity (the developer of this app) states that it is capable of file recovery from CD, memory cards, USB drives, and DD raw images. 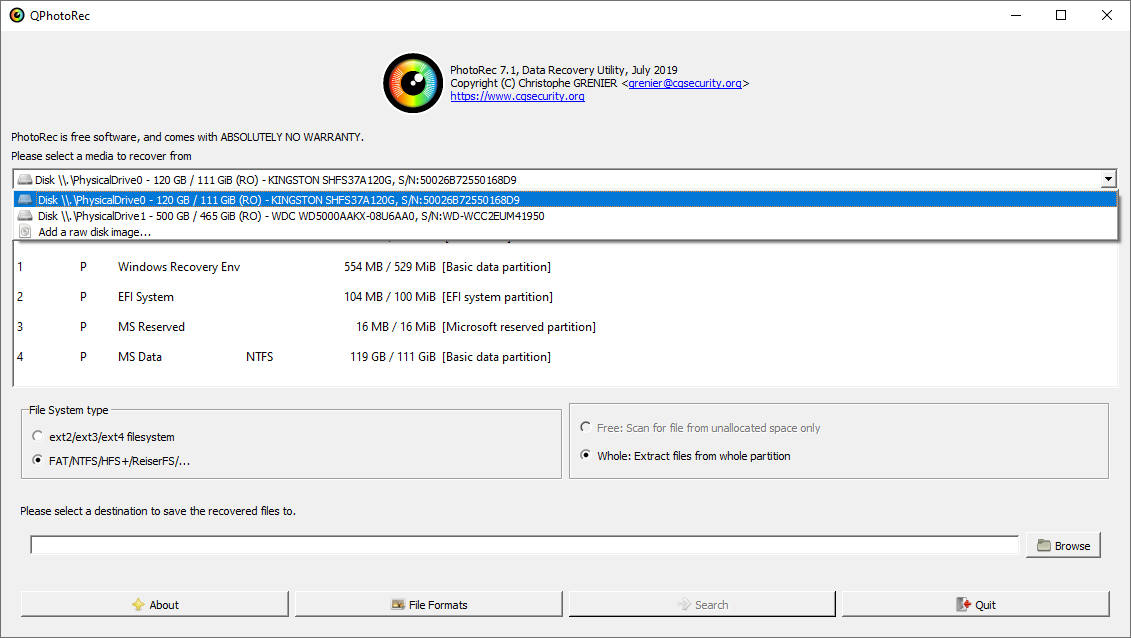 Free file revival programs are not as bad as you can think. Paid is not a synonym of superb. There are plenty of free options with truly great functionality, nonetheless, we are discussing free revival tools, which are distributed as a part of a package with various programs. These applications say that they are the most effective ones, and able to recuperate any kind of files, at any time. And some of them are actually trying to do so, however, their inexperienced developers, who have no time and cash for correct testing of their program, regularly develop programs that come with a real risk for your file system.

Crushing the file system can lead to total file loss because your OS struggles to realize where the files it needs are located. And also after such a celebration, you will certainly be required to utilize paid/made a great showing of oneself programs to get the files you need back (the whole file system can not be restored after it’s failing). As an alternative, you will bring your drive to the computer service center, where the professionals perform a recovery process with one of the described programs. But isn’t it simpler to do every little thing effectively and at first?