Experts have discovered that scammers are using deepfakes of Elon Musk and other well-known cryptocurrency proponents to advertise the BitVex platform, which steals deposited funds.

According to Bleeping Computer, this scam cryptocurrency platform claims to be owned by Elon Musk, who allegedly created a website where anyone can earn up to 30% of their cryptocurrency deposits.

Let me remind you that we wrote that Fake SpaceX YouTube channels lured from users over $150,000.

In such videos, celebrities allegedly give interviews and talk about BitVex, but in fact these videos are modified – they are deepfakes, where a person’s voice is faked and superimposed on a video sequence taken from the other sources.

An example of such a fake can be seen below, in this video, Musk allegedly advertises a fraudulent site and says that he has invested $ 50 million in the platform.

If you go to the BitVex website, it will be obvious to almost anyone that this is a scam. For example, the site claims that Elon Musk is the CEO of the platform, which is also backed by Cathy Wood of Ark Invest and Binance CEO Changpeng Zhao.

Visitors are prompted to register a BitVex (bitvex[.]org or bitvex[.]net) account to access the platform. After logging in, the site will display a dashboard where users can deposit various cryptocurrencies into an account, select an investment plan or withdraw funds.

As with other cases of this type of scam, the dashboard will display recent withdrawals of various cryptocurrencies to make the site look legitimate, as shown below. These numbers are actually generated using JavaScript by randomly choosing an amount and one of five cryptocurrencies (Cardano, Ethereum, Bitcoin, Ripple or Binance Coin). Each time the page is refreshed, these “conclusions” will be different.

Journalists note that so far this scam does not look particularly successful, since only about $ 1,700 has been transitioned to the scammers’ cryptocurrency addresses. However, it is likely that the addresses on the site alternate, and theoretically, the criminals could steal more other people’s funds.
Sending 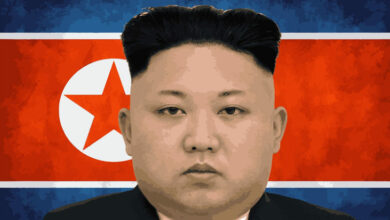 US Authorities Offer $5 Million for Information on North Korean Hackers

Vulnerable WordPress plugin “Social Warfare” has been removed from repository.