One of the largest carder resources in the network, Jokers Stash, has announced its closure. Its operators have reported that it will stop working on February 15, 2021. After this date, all servers will be erased and backups deleted. This news was posted both on the Joker’s Stash itself, and on other sites where the resource was often advertised.

Let me remind you that the carder platform has been operating since the fall of 2014 and often publishes packets of stolen payment card data that can be used for fraudulent transactions such as CP (card present) and CNP (no card).

Joker’s Stash often found its way into the media and experts’ reports, as huge dumps containing data from millions of bank cards arrive on the site from time to time. Recently, for example, you can recall the BIGBADABOOM-III dump related to the compromise of the American chain of stores Wawa, or a major leak of credit and debit cards issued by banks and financial institutions in South Korea and the United States.

It is worth noting that in December 2020, law enforcement officers were able to establish control over several servers of the carder site and thereby caused interruptions in the work of Joker’s Stash. Although then the administration of the resource made it clear that the authorities had arrested only external servers, and it would not take much time to eliminate the consequences and set up new servers, as a result, the reputation of the site suffered.

“In October, the criminal who allegedly runs the site announced that he got COVID-19 infection and have spent a week in the hospital. His illness affected the site’s forums, restocking [influx of new stolen cards] and other operations. Intel 471 also noted that customers of the site are increasingly complaining that the quality of their bank cards [sold on the site] is getting worse.”

After the administrator’s illness, the turnover of the carder site really fell, which can be seen in the graph below, created by the specialists of the Geminy Advisory company. The fact is that while the Joker’s Stash was empty, competitors were actively publishing CNP data. 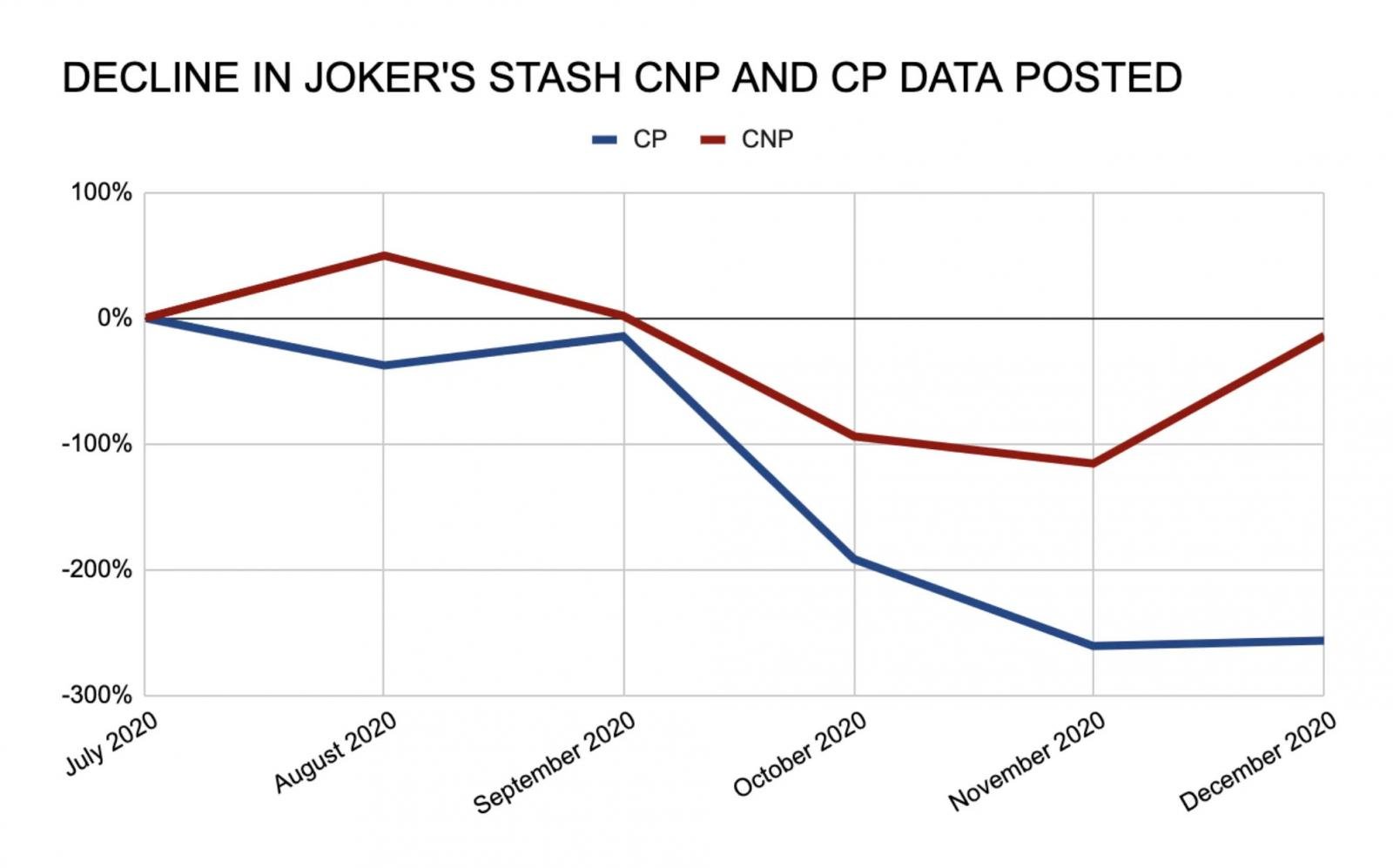 In the announcement of the imminent closure of the site, the Joker’s Stash administration does not go into details and does not explain the reasons that led to this decision. It can be assumed that law enforcement agencies, which had previously promised to continue prosecuting the administrators and users of Joker’s Stash, are getting closer to the resource operators.

Analysts at Gemini Advisory believe that during its existence, the marketplace has already earned more than a billion dollars in illegal profits, “although money were shared with sellers.”

Let me remind you that The operator of an online store selling stolen bank cards sentenced to 7.5 years in prison.

An anonymous information security expert published a study, according to which the Brave browser, operating …