Internet blocking in 2020 cost Belarus $336.4 million. In the rating of countries affected by the blocking of the Internet, Belarus took the second place – right after India.

Disconnecting the Internet in 2020 cost Belarus $336.4 million. Such data is provided in a study by Top10VPN.

Major deliberate Internet outages occurred in 21 countries for a total of 27,165 hours, according to the study. There are 268 million people affected.

“42% of blockages are directly related to human rights violations. Of these, 29% are involved in restrictions on freedom of assembly, 15% – in interference in elections, 12% are associated with violations of freedom of the press”, – according to experts of Top10VPN.

Belarus ranked second in the ranking of countries affected by Internet blocking – right after India. The researchers calculated that there was no Internet access in Belarus for 218 hours. Outages affected 7.9 million users to varying degrees.

Let us remind you that an attempt to total blocking of the Internet was made by the Belarusian authorities in the period from 9 to 12 August, when after the final day of the presidential elections erupted mass protests against county’s official results. The blockages then continued: mainly in Minsk for several hours on weekends, when protests took place. 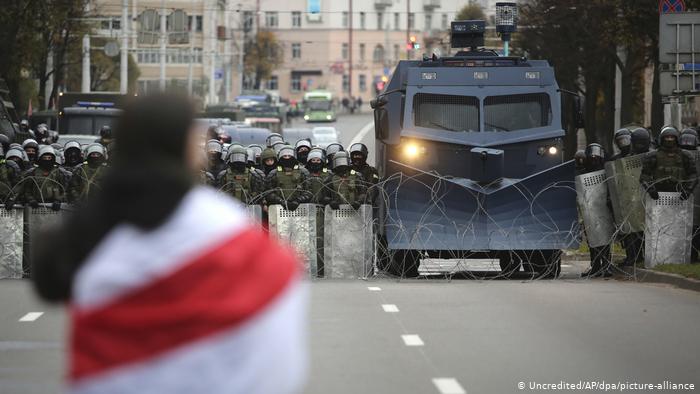 During Internet restrictions, there were many reports of police brutality, torture, and attacks on the press. Amnesty International reported in one report that the police “brutally tortured hundreds of peaceful demonstrators.”

“In response, protesters turned to privacy apps including Telegram and VPNs in a bid to continue organizing protests. During the period of restrictions, we documented a 650% spike in VPN demand compared to the 30-day average”, — Top10VPN researchers write.

Experts estimate that deliberate severe disruptions to Internet access worldwide lasted 50% longer in 2020 than a year earlier. However, they were mostly concentrated in poorer regions and therefore resulted in a decrease in the overall economic impact.

While the overall impact of the COVID-19 pandemic has not affected the global economy in the best possible way, authoritarian regimes have shown little restraint in the face of the global pandemic, and poorer countries have been disproportionately affected.

Let me remind you that COVID-19 vaccine data emerged on Russian-language darkweb forum. And recently we wrote that totalitarian China officially launched the “Social Credit System”.